Blazers Warriors Player Matchup Preview 2/5: C.J. McCollum vs Klay Thompson by Minh Dao
The Pros and Cons of Jusuf Nurkić Taking the Court in the Playoffs by Isaiah De los Santos
Next1 of 5Prev post
Use your ← → (arrows) to browse 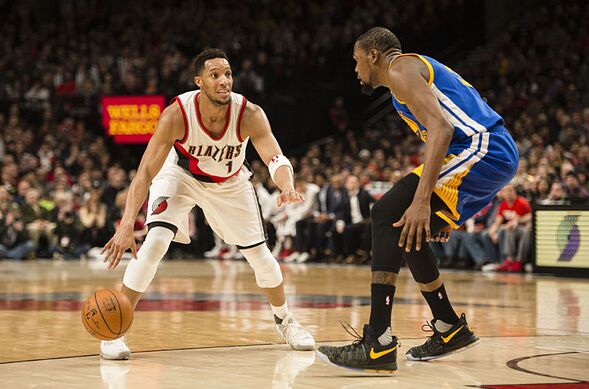 Rip City Project is getting ready for the start of the playoffs. To preview the highly anticipated Golden State Warriors vs. Portland Trail Blazers series, we take a look at our third player match up: Blazers’ Wings vs. Kevin Durant

The Portland Trail Blazers play the Golden State Warriors in this years playoffs. Last year in the playoffs the Blazers lost 4-1 to the Warriors.

Now the Warriors have Kevin Durant.

Let’s check out how the Blazers’ wings, specifically Moe Harkless,Evan Turner and Allen Crabbe go up against Durant. 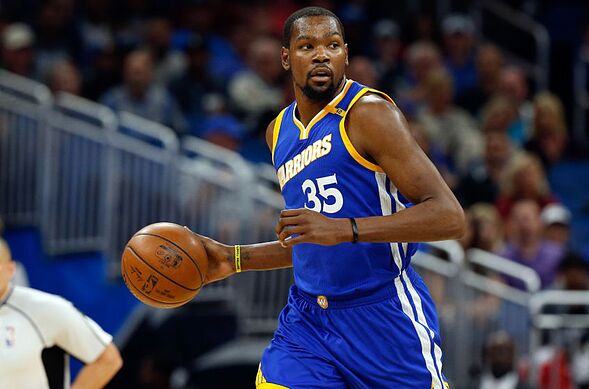 This is his first year with the Golden State Warriors and it was a very successful run before he was injured. He missed 20 plus games because of a hurt knee, but has since returned and looks like the same player he was before the injury.

Durant gets plenty of easy looks with this team. He plays off ball and gets open shots running off screens. It helps that the Warriors offense is unselfish, free flowing and fast paced.

Oh, and he has some help. He is playing with a 2 time MVP: Stephen Curry. One of the deadliest shooters in NBA history: Klay Thompson. Plus swiss army knife do-it-all, Draymond Green.

Durant doesn’t have all the pressure to score or make plays. He just relaxes, and lets the game come to him

He is doesn’t have to force anything, and isn’t the only focus because teams have to worry about Curry and Thompson.

When Durant does get the ball, he has space to get a shot off or make a play. This is unlike Oklahoma City when we has guarded tightly the whole game.

Must Read: Preview 1/5: Lillard vs. Curry 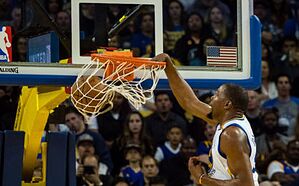 Durant is also way more than just a world class scorer. He has a career high in rebounds, and blocks this year while playing the least amount of minutes in his career at 33.5 MPG.

Durant is one of the top 5 players in the league.

There is no stopping him, he can close his eyes and score 20 points,grab 5 boards and block 3 shots.

The Blazers can’t stop Durant from getting his, but they can make him work for it.

Next: Mo' Money More Probz
Next1 of 5Prev post
Use your ← → (arrows) to browse
Load Comments
Event Tickets
Powered by StubHub
Top Stories